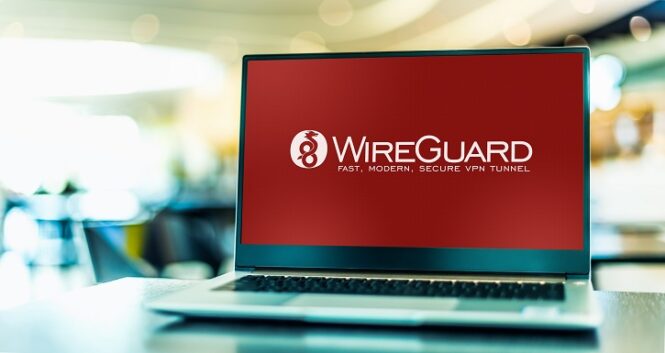 In early 2019, Cloudflare introduced BoringTun, an implementation of the WireGuard protocol written in Rust. The project code is distributed under the BSD-3-Clause license and consists of two main parts:

Later in 2019 Cloudflare released the free VPN “for people who don’t know what V.P.N. stands for” called WARP. Nowadays WARP/BoringTun is successfully deployed on millions of macOS, Windows, iOS and Android consumer devices as well as thousands of Cloudflare Linux servers.

Meanwhile, there are two “universal” WireGuard implementations available for Windows (we do not consider specialized solutions of various VPN providers):

Both WireGuard clients above use a routing table to redirect network traffic to the virtual VPN interface, where it is encrypted, encapsulated and sent to the server via a UDP socket. The same approach is used in the vast majority of VPN clients. And going forward, WARP from Cloudflare is an exception to the rule.

However, it is worth mentioning certain limitations of this approach:

Here we come to the idea of a “transparent” client for WireGuard, which would use a reliable implementation of WireGuard protocols, allow defining rules for applications, if possible, did not modify the network configuration, and at the same time would be sufficiently performant and compatible with the “reference” WireGuard implementation.

Build your own world

Despite the seeming complexity of the task, it turned out to be not so difficult to assemble a ready-made solution as a console application (service) for Windows. All the main components are available on GitHub, you just need to arrange them in the correct order and link them together.

To intercept network packets, we will use the Windows Packet Filter library. Without going too much into details, for Windows Vista and later, it is represented by the NDIS 6.0 Filter Driver, which provides an API that allows a user-mode application to fetch packets from the network stack, optionally modify them, and then inject back. The above BoringTun library will provide us with support for WireGuard VPN protocols.

The only thing that confuses me a little about the BoringTun library interface, and that I would like to point out separately, is the impossibility to pass the PresharedKey parameter to the new_tunnel function (see below). And since the PresharedKey is used by default by most WireGuard autoconfiguration scripts for Linux, this is a nuisance. So, I submitted a pull request a while ago that fixed this situation. However, one gradually gets the impression that the maintainers are not particularly interested in this. I don’t know for sure, but maybe the reason is that WARP is not using PresharedKey.

Since I have already mentioned the PresharedKey parameter, it is worth explaining its role in the WireGuard protocol. Imagine that something “incredible” happened and the elliptic curve public key encryption algorithms were vulnerable. In addition to the bitcoin crash and the chaos on the cryptocurrency exchanges, all SSH/TLS/VPN sessions that used elliptic curve public key cryptography and were carefully recorded and stored by the NSA for just such a case would be in risk. To avoid this unfortunate situation in the future, a 256-bit symmetric key has been added, providing another additional layer of cryptographic strength.

So, first we need static library builds of the BoringTun:

As a result, we will get a static library that provides all the necessary functions for creating a WireGuard tunnel, generating handshake messages, encrypting and encapsulating outgoing network packets, decapsulating and decrypting incoming network packets (belonging to the WireGuard tunnel), as well as keeping the tunnel up to date (generating handshake every two minutes and sending keepalive packets).

The purpose of each function is clear from its name. But since the documentation for BoringTun is only available for the Rust crate, let’s quickly go over the most important ones.

new_tunnel – creates and initializes a WireGuard tunnel. In the current version of BoringTun, there is no PresharedKey parameter, so the above function is a slight extension of the original one.

wireguard_write – accepts an IP packet as input, encrypts and attaches the WireGuard protocol header. It is important to note that the supplied input and output memory buffers must not overlap.

wireguard_read – accepts a WireGuard protocol packet as input, decapsulates it (removes the WireGuard protocol header) and decrypts it. The above remark about overlapping input and output memory buffers for this function is also true.

wireguard_tick – this function should be called periodically for each active WireGuard tunnel. The interval recommended by the developers is 100 ms. The function can return a handshake (every two minutes) or a keepalive packet (depending on the value of the PersistentKeepalive parameter) to be sent to the server, or an error condition.

wireguard_force_handshake – generates a WireGuard handshake package. This function is usually used to initiate a WireGuard connection (further handshake packets are generated by the wireguard_tick function) or when it is necessary to reconnect to the server due to a change in the network connection, IP address, etc.

wireguard_stats – queries the current tunnel statistics, which includes the elapsed time since the last handshake, the number of bytes received and sent, the estimated packet loss and RTT (Round-trip delay time).

Since Windows Packet Filter includes a sufficient number of examples of how to organize packet filtering on a specific network interface, I will not dwell on this in detail. For example, you can use the ready-made simple_packet_filter C++ class by passing two lambda functions to it to process incoming and outgoing packets, respectively. In what follows, we will assume that we have two such functions, filtering the network interface connected to the Internet.

Thus, to create and maintain a WireGuard tunnel, you need to do the following:

The client architecture described above is missing a number of implementation details that would be too long and tiring of the reader. In my opinion, it is much more interesting to see if a client based on the BoringTun library and working in user space can provide performance comparable to existing solutions. Or is it purely theoretical interest. By the way, for those who are interested, the current version of the WireGuard console client can be taken from here.

For benchmarking, I used an Intel® NUC DC3217IYE (Core i3-3217u) released about nine years ago. This relatively outdated equipment was chosen for a reason. It allowed to observe the difference in performance of VPN clients on a gigabit network. At the same time, comparative tests of modern CPU would require at least a 10-gigabit network and unfortunately, it was not at hand. The table below shows the best results in 10 test runs using four parallel TCP threads (one per processor thread) for maximum CPU utilization.

To be honest, the results surprised me a little. BoringTun-based WireGuard VPN client running in user space in terms of ultimate throughput has been able to catch up with the kernel mode reference implementation (WireGuardNT) presented in August 2021. And, most likely, not the least thanks to the BoringTun library, which serves as a great illustration of where and how you can use Rust in modern realities.

In addition to impressive performance, the new client can offer some useful functional extensions:

In conclusion, I would like to demonstrate the WireGuard configuration file (key and port values have been modified) I use in order for Google Chrome to connect via VPN to all IP addresses except the local network, while all other applications bypass the VPN.

Finishing this post, I decided to take a closer look at the Cloudflare WARP client for Windows. As it turned out, its architecture is close to that described above (there is no virtual adapter, traffic is intercepted by the filter driver) and the only significant difference is the driver used to capture packets. If we used Windows Packet Filter, then WARP uses WinDivert. The latter probably explains the higher CPU usage in the screenshot below.